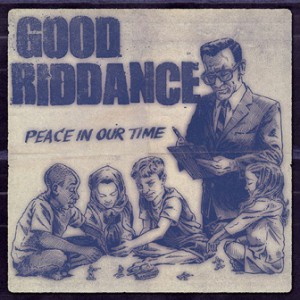 Statement von Sänger Russ Rankin:
After five years of not playing together, followed by two years of amazing shows around the world, we finally succumbed to the inevitable itch to write new music. The resulting collection of songs is something we’re very proud of, and we absolutely cannot wait for our fans to check it out!

In 2010 I had a few songs which I demoed on my own, and when I played them for the rest of the Good Riddance guys, they were stoked and wanted to make them GR songs. Luke had some really cool riffs and ideas he had been working on as well, so that when the writing process began for this album, a lot of the material came together very quickly. The rest was fleshed out during hours of rehearsal and some help from our friend Bill Stevenson.

We hope our longtime fans enjoy the new songs, and we are excited to share them with a whole new generation of Good Riddance fans!!

THE GET UP KIDS – Neues Album „Problems“ erscheint im Mai